Experienced • Results Focused • Trusted • On Your Side

Many couples in love live with the dream of marriage for life, but statistically it has been shown that there are many cases of divorce filed every day. Currently the lack of love is not the only factor for separation, there are also certain economic and social factors that when they do not work well in the couple, can lead to a divorce between them. A prenuptial agreement/post nuptial agreement can save money, preserve business and property ownership, protect any future inheritances and avoid costly, lengthy and sometimes bitter divorce litigation.

In 2007, Florida passed a law that validates and clarifies the application and enforcement of such agreements. The parties are choosing to enter into these marriage agreements in order to clearly define, in advance, the terms and conditions for the distribution of their assets and debts and to address monetary and non-monetary issues in the event of a divorce or death of one of the spouses. These marital agreements can be complicated agreements within the law as they raise many different and complicated questions. The circumstances, problems and objectives of each couple are different. Each prenuptial/postnuptial agreement must be customized in such a way so that it responds to the particular needs of each client. There is no prenuptial/postnuptial agreement that is standard, as there are many options to consider. It is important to have a clear understanding of your goals and objectives, but it is equally important that you keep your mind open to alternate arrangements that the law or that your lawyer's creativity allows or might suggest.

The law establishes certain requirements that are important to fulfill in order for these agreements to be valid. An agreement could be declared invalid in the future if one of the parties defrauded, coerced, misled the other party or if there was not a complete disclosure of the assets and debts at the time the agreement was signed. 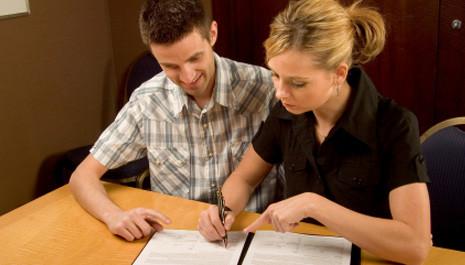 Here are a number of benefits that are obtained from a prenuptial agreement:

More and more people are considering entering into a postnuptial agreement – also known as a reconciliation contract – in order to take a pause before moving forward with divorce, especially in states like Florida, where the law does not provide an avenue for formal, legal separation.

Because Florida does allow couples to enter into valid separation agreements if divorce is imminent, these postnuptial agreements tend to prescribe the terms of a split if reconciliation fails, including the relevant financial arrangements, and are selected when divorce isn’t yet imminent. More and more, couples are finding that these agreements are a more acceptable means of moving towards what they want because: